These deep-fried golden coins of potato are perfectly crisp and delicious!

Traditionally, pakoras are naturally gluten-free – they are made with besan which is a flour made out of Indian chickpeas (brown chickpeas). My recipe is paleo-friendly and so rather than using a legume flour, these pakoras are made with a combination of almond flour and arrowroot flour. This is a great recipe for those who can’t eat legumes. Just look at how crispy they are: 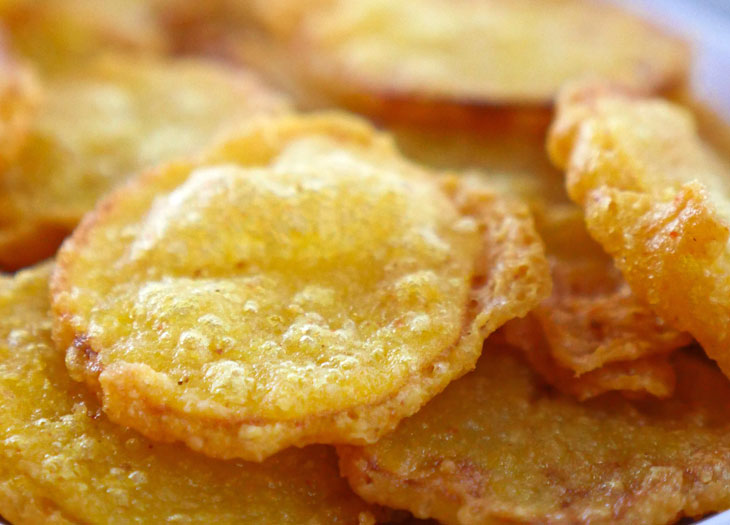 I first came up with this paleo pakora recipe several years ago when I wrote this paleo Indian ebook, South Asian Persuasion 100+ Paleo Indian Recipes. I have since added legumes back into my diet, but I know a lot of my blog readers still follow a strict paleo diet. This recipe is delicious regardless of any diet you might be following. I mean, who doesn’t love crispy battered deep-fried potatoes, right?

If you’re making a paleo Indian meal, these pakoras would be the perfect appetizer to serve! To keep them crispy, cool them down on a wire rack. You can also reheat the pakoras in an oven at 350°F for 10 minutes.

And make sure to serve them with green chutney, tamarind chutney and ketchup! 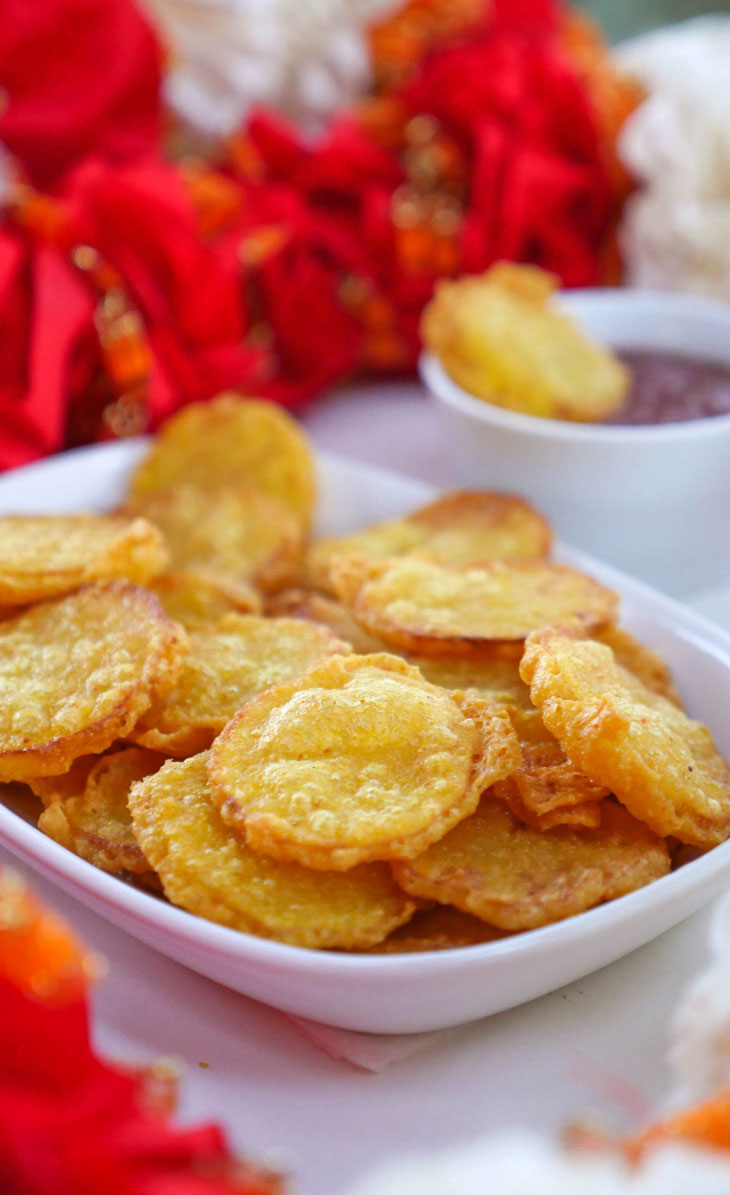 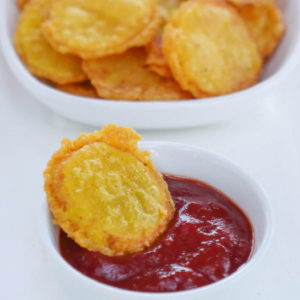 These paleo potato pakoras are the Indian version of french fries. Serve them with chutney or ketchup.
5 from 2 reviews
Pin Recipe Print Recipe 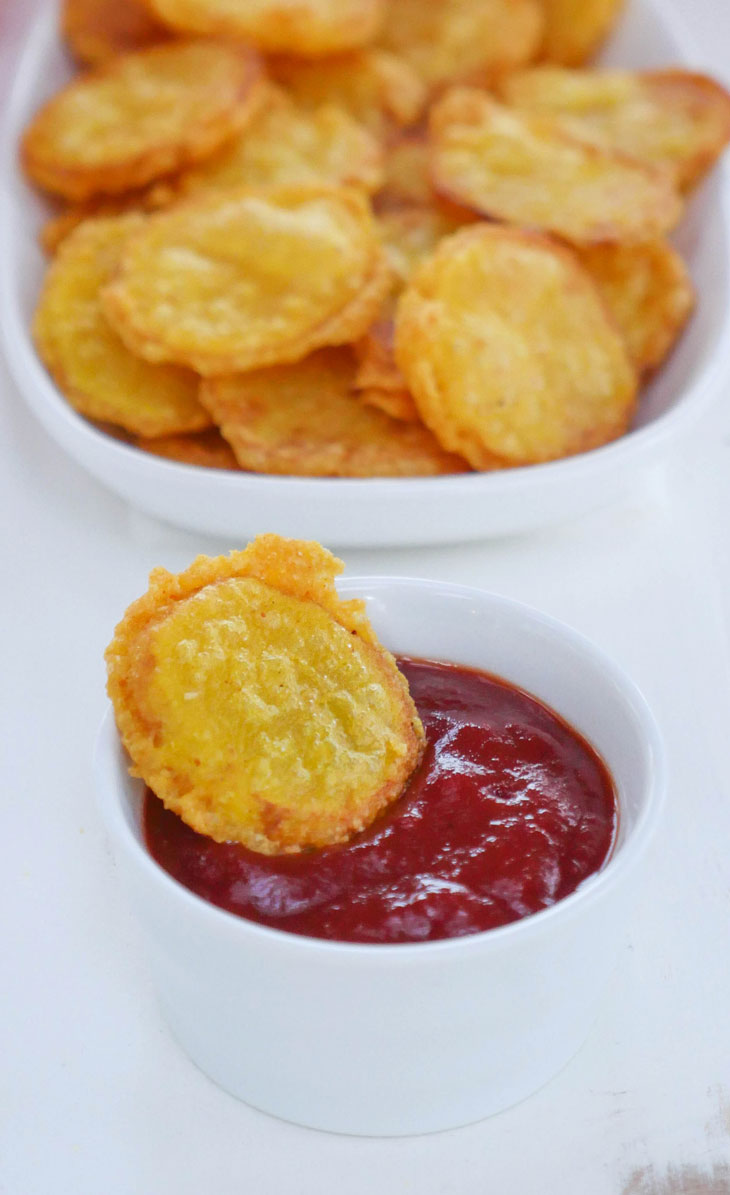