I am on a mission to help you simplify Indian cooking! Grab your onions and tomatoes and get ready to make some Indian onion masala!

What is Indian Onion Masala?

Indian onion masala is a flavorful sauce made up of onion, tomato, ginger, garlic, and spices. It’s the base of many Indian dishes, and by preparing it in advance, you can significantly reduce the cook time for many Indian recipes.

(If you can’t eat tomatoes, I have a nomato onion masala you can use instead!)

I have been watching my parents make onion masala, also known as onion tomato gravy, for as long as I can remember. In the past, making this masala was a painstaking process, but it doesn’t have to be anymore – especially if you have an Instant Pot. Having this onion tomato masala handy is an incredible time-saver and makes it possible to eat authentic, healthy, and delicious Indian meals every day.

Onions, tomatoes, and ginger/garlic are what I like to consider the “trifecta” of Indian cooking (…er quadfecta?). But who has time to brown onions and cook down tomatoes every single day? No one.  That’s why many Indian people spend one day a week or a month preparing Indian onion masala. It can take several hours to fry onions and cook down tomatoes, but I have a faster way: use the Instant Pot. You prepare a big batch, freeze it, then take it out whenever you need to make a quick meal.

I know everyone is all about “meal prep” these days. Well, this is how a lot of Indians meal prep. Once you’ve got this masala ready, you can literally prepare “dump and go” Indian recipes, and they’ll end up having a lot of flavor.

As magical as an Instant Pot is, it’ll still take time to make this masala – just not as much. Plus, you won’t have to babysit a pot on the stove for as long. It’s really up to you as to how brown you’d like to have your onions. I sometimes skip fully browning the onions, and the masala still turns out just fine. The browner the onions, the sweeter the masala, so if you can, be patient.

This is how brown your onions should look if you sauté them for 15-20 minutes first:

This masala lasts for months. When I first gave birth to Tony, my mom packed my freezer to the brim with this masala, and literally, one year later, I found some of it hiding in the back of the freezer… not gonna lie, I used it, and it was still perfect. I’d probably suggest using it up within six months though (it normally doesn’t last us that long).

So forget peeling, chopping, and cooking these basic ingredients every single day. That is exhausting, and what makes Indian cooking seem unapproachable. Instead, make this onion masala and see how easy it really is to cook fresh Indian food every day.

You can use either fresh tomatoes or canned tomatoes to make this onion masala, and I’ll explain how to do that in the directions below.

When it comes to fresh tomatoes, I suggest using Roma tomatoes because they have less water content and so the masala will be thicker. If you use different tomatoes, then you may need to boil off some of the water at the end.

(Just an FYI: the photos in this blog post are of tomato masala made using fresh tomatoes. Canned tomatoes will give the masala a darker color).

How to use Indian Onion Masala in Recipes:

Want to know how to use this onion masala in recipes? Check out my Indian Onion Masala Headquarters page, where you’ll learn all about onion masala: how to store it, how to use it in recipes, and recipes that call for exact amounts of this masala!

Here’s how this series works: 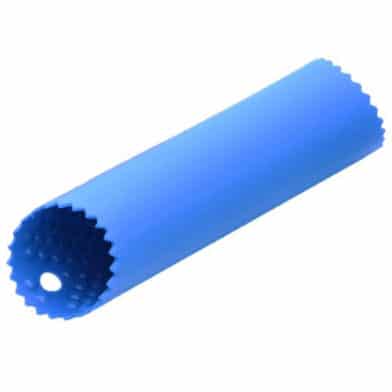 Having this masala ready to go is the best way to meal prep for Indian Cuisine. In fact, I’d say it’s basically essential if you want to enjoy Indian food every day. So go on and make this masala!

How to Store Onion Masala:

Here is a detailed post that you can read to learn how I freeze onion masala: How to Store and Use Indian Onion Masala

The short version: I store it in these silicone molds – each mold holds ¼ cup of onion masala.

And that’s just a short list! For even more ideas, visit my Onion Masala Recipes page.

I recommend using this silicone mold to store the onion masala. Each well holds ¼ cup of onion masala. So if a recipe calls for 1 cup of masala, you’ll know to use 4 cubes of masala. 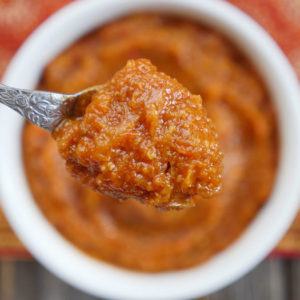